Marathons are rightfully regarded as among the hardest physical tasks a person can take. For running to be successful and not dangerous to the runner's health, they require months of planning and committed training.

Regular running helps the physical condition. Your heart and leg muscles get stronger, promoting oxygen flow. Running helps you maintain a healthy weight since it burns many calories. Additionally, it aids in reducing tension after a long day at work.

What Is a Marathon?

A marathon is a foot race that lasts 26 miles and 385 yards (42.2 kilometers). Typically, marathon runners do not use a track. Instead, they traverse land, including city streets.

The Olympic Games marathon is the longest of all the running competitions. There are local marathons held in many towns worldwide, and the New York City Marathon and the Boston Marathon are the most well-known marathons in the country.

The Olympic and city marathons are both open to men and women competitors. The quickest runners finish the course in a little over two hours.

A Gist From The Past 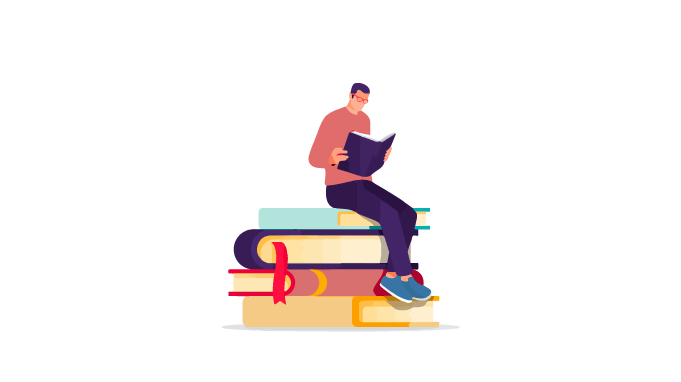 Marathons were named after a mythical occurrence roughly 2,500 years ago. In ancient Greece, there was a plain named Marathon. The Persians aspired to conquer the city-state of Athens, and in return, the Athenians engaged in a bloody fight there in 490 BCE.

It is said that the Athenians dispatched a runner back to Athens to report their success after defeating the Persians. The place Marathon was separated from Athens by 25 miles (40 kilometers). Thus, a marathon was held in the first modern Olympic Games in 1896 as a tribute to the Greek runner.

Abebe Bikila of Ethiopia, one of the best marathon runners in history, broke the world record to win the race in the 1960 Rome Olympics, making history by becoming the first black African to win an Olympic gold medal.

He made history by being the first man to defend the title four years later successfully.

Training for a long-distance race like a half-marathon or marathon has a lot of advantages. The gains in cardiovascular fitness and muscular endurance are the most notable advantages.

Running has physiological benefits that promote endorphin release in the brain, resulting in a euphoric experience and capillary growth that increases heart efficiency and improves blood flow to the brain and limbs.

You can start by getting a pair of well-fitting shoes if you consider the long run. The health benefits much outweigh the tiny financial outlay.

Women are often more accurate at maintaining a constant speed during running a marathon and are better at pacing.

Some other benefits of running a marathon are:

The inaugural Marathon was held during the Athens Olympics in 1896 and had just 17 participants.

Do's for the race 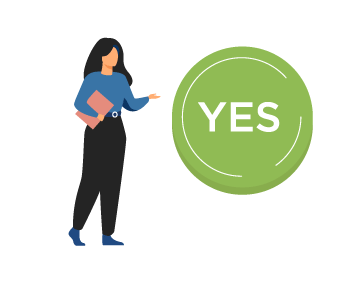 It is common to get dehydrated or feel thirsty during a race. Hence, drinking lots of water throughout a marathon is crucial to prevent your body from dehydrating.

Start slowly; otherwise, you'll get exhausted too quickly and be unable to continue. It is referred to as "hitting the wall." Most often, this is when runners completely quit.

However, it would help if you don't begin too slowly or you won't finish within the desired time frame.

Most marathon runners have muscular soreness following the race. It is typical; it can take a few days for your body to return to normal. 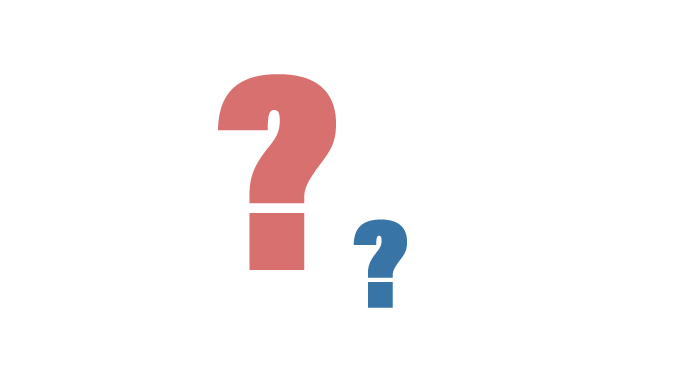 After running for a while, it's typical to experience marathon training burnout. Therefore, we must find strategies to remind ourselves of why we run.

We run because we like the sense of freedom, the focus on a certain objective, and how it makes us feel while crossing the finish line.

But sometimes, we're simply not feeling it! We lack the motivation to lace up our shoes, get out the door, or discover a new race or objective to pursue.

To keep going, to remember why I began running in the first place, and to know that I'm not alone in this, sometimes all I need is a few additional words of encouragement in certain circumstances.

Top Quotes On Running A Marathon Curated For You 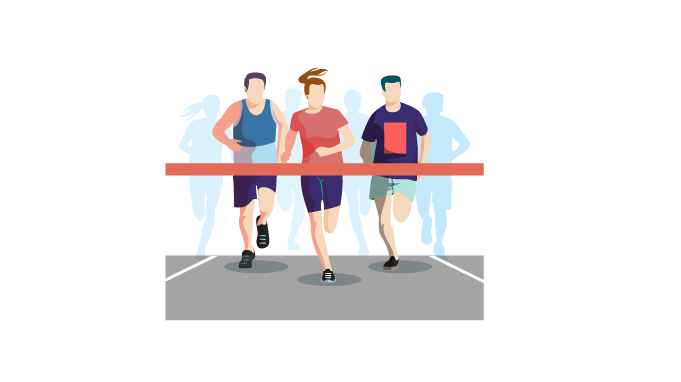 It isn't easy to express your emotions when participating in or watching a marathon since they are so powerful and inspirational.

What could possibly spur someone to do such a difficult task? There’s how quotes become a motivating factor.

Here are some inspiring marathon quotes -

You have to know your body. It's part of the beauty of the training process, and once you've determined how much your body and mind can take, you can begin reaching your potential. - Frank Shorter

Run when you can, walk if you have to, crawl if you must; just never give up. - Dean Karnazes

Being an athlete is a state of mind which is not bound by age, performance or place in the running pack. - Jeff Galloway

The runner need not break four minutes in the mile or four hours in the marathon. It is only necessary that he runs and runs and sometimes suffers. Then one day he will wake up and discover that somewhere along the way he has begun to see order and law and love and Truth that makes men free. - George Sheehan

You should run your first marathon for the right reasons, because you’ll never be the same person again. You must want to do it, not do it because your boss did it or your spouse did it. - Bill Wenmark, running coach

A marathoner is a marathoner regardless of time. Virtually everyone who tries the marathon has put in training over months, and it is that exercise and that commitment, physical and mental, that gives meaning to the medal, not just the day’s effort, be it fast or slow. It’s all in conquering the challenge. - Mary R. Wittenberg, former president, New York Road Runners

Like the marathon, life can sometimes be difficult, challenging and present obstacles, however if you believe in your dreams and never ever give up, things will turn out for the best. - Meb Keflezighi, U.S. Olympic marathoner

Why do people run the marathon? Most of us won’t perform on a stage. But whether a person is a world-class athlete or a four-hour runner, the marathon gives us a stage, where we perform and be proud, while millions of people applaud. In an unequal world, in this one endeavor, people of vastly different abilities share something in common: the act of going the distance. - Fred Lebow

You can never be sure. That’s what makes the marathon both fearsome and fascinating. The deeper you go into the unknown, the more uncertain you become. But then you finish. And you wonder later, ‘How did I do that?’ This question compels you to keep making the journey from the usual to the magical. - Joe Henderson, running coach and writer

Only after a marathon can I say I have given everything. Because of the enormity of the attempt, the cleansing of the pain, I can sit, even stiff and blistered, and know a kind of peace. - Kenny Moore

Every marathon I ran, I knew I had a faster one in me. - Dick Beardsley

In the first half of the race, don’t be an idiot. In the second half, don’t be a wimp! - Scott Douglas.

In a marathon, if you run faster, you get exhausted. If you run too slow, you never make it. - Uday Kotak

You simply have to put one foot in front of the other and keep going. Put blinders on and plow right ahead. - George Lucas.

A minute isn’t a long time, fill the unforgiving minute with sixty seconds worth of distance run. - Rudyard Kipling

You have to forget your last marathon before you try another. Your mind can't know what's coming. - Frank Shorter, 1972 Olympic marathon gold medalist

Mental toughness doesn’t come from reading a book or listening to a motivational speaker, it’s earned just like your physical fitness. Every time you make that tough decision to go run, you are building mental toughness. In the marathon this is mandatory. - Greg Meyer

The key to running a good marathon is to not listen to anyone’s advice the last week before the race. That’s when people tend to do stupid things that disrupt all the input and training of the previous months.- Don Kardong.

Toeing the starting line of a marathon, regardless of the language you speak, the God you worship or the color of your skin, we all stand as equal. Perhaps the world would be a better place if more people ran. - Dean Karnazes

We didn't crumble after 9/11. We didn't falter after the Boston Marathon. But we're America. Americans will never, ever stand down. We endure. We overcome. We own the finish line. - Joe Biden

There is nothing in this world that I love more than my family. To be able to share the joy of running with them at the Runner's World Half Marathon and Running Festival where we can all participate together is as close as you can get to a perfect weekend. - Summer Sanders

The most important thing is to understand that this career is not about speed. It's about stamina. This is a marathon. It's not a 50-meter sprint. You have to persevere and understand it takes a lot of time. You have to know you're going to knock on 100 doors and 99 of them are going to close in your face. - Jaime Camil

To describe the agony of a marathon to someone who’s never run it is like trying to explain color to someone who was born blind.- Jerome Drayton

An athlete cannot run with money in his pockets. He must run with hope in his heart and dreams in his head. - Emil Zatopek

A marathon is about putting one foot before the other and burning calories. It is a full-body workout that calls on strength, coordination, and willpower, even though it appears natural to most people. Although it may appear difficult in the beginning, it is very worthwhile, and it is one of the finest mood-enhancing activities.

Thus, I hope these motivational quotes might be of assistance to you if you're anything like me and are considering setting marathon goals. 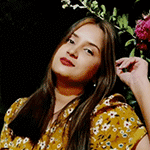 This article is written by Ritushree R Singh, who is a content writer and marketer at Vantage Circle. Besides having a curious heart with an avid taste for music, she relishes traveling to new places and exploring different cultures whenever possible. To get in touch, reach out to editor@vantagecircle.com 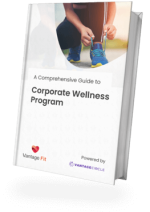