Menstrual Leave: A progressive or regressive case for the Female Workforce

Do you know, a woman spends around 3000 days menstruating in her entire span of life? Now, for some women, a period might just mean a monthly routine. But, women (like me!) live through hell during their period due to unbearable menstrual pain. And when we still have to go to the office in that condition, the situation becomes ugly. Thus, presenting menstrual leave to the rescue. 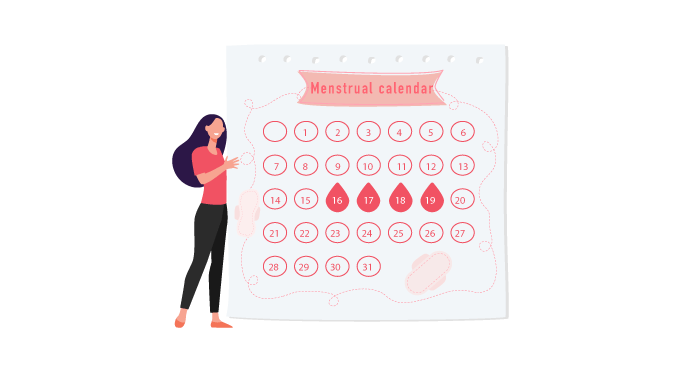 What is a Menstrual Leave?

Like a paid maternity leave, paid period leave is also a thing.

In layman's terms, a menstrual leave is nothing but the leave of absence women seek when on their period.

And, with May centered on women's health week, I don’t think there is a better time to discuss the importance of period leave.

Thus, Menstrual leave is a general policy enabling women during their period to take a day off or two and rest at home. I, as a woman, know that period pain is beyond the average level of pain we go through. Meaning it is worse. And, even if there are no period cramps, every woman feels some sort of physical discomfort during their menstrual cycle.

Now, women in the workplace go through a lot of stress already, and when that time of month approaches, it does not get any better. In fact, managing period at work gets pretty challenging. 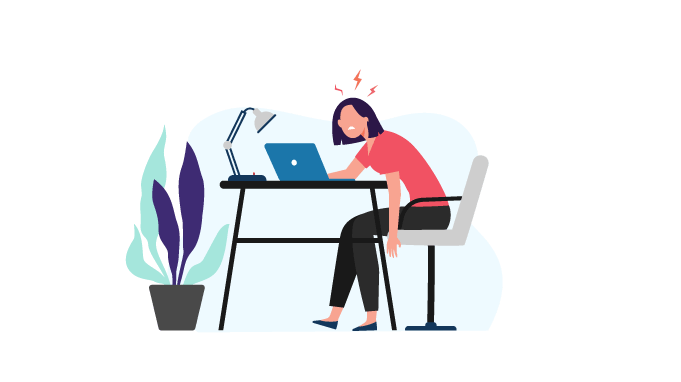 As it is known, women make 40% of the workforce. Out of that, half of them go through severe cramps also known as dysmenorrhea.

So, during period, there is a constant level of distraction as we keep getting frequent urges of stabbing our abdomens. Hence, menstruation interferes with daily activities and is painful enough to derail our daily lives.

In a situation as such, period leaves can provide relief, but it won’t be possible if we women are held back professionally.

Also, when the mind gets distracted, productivity at work hits rock bottom. So paid menstrual leaves are incredibly vital for both the employees and employers.

Meanwhile, period leaves are not confined to a limited number of days. They may vary from 3 to 10 days depending on the need of female workers. Moreover, companies should allow women employees to leverage this leave at their convenience.

However, there has been a lot of debate over the issue of paid period leave. Many believe it is a way towards empowering women while tackling the issue of presenteeism. But, there are also people who view it as highly regressive saying that it undermines gender equality.

They argue that women are strong, but this policy singles them out to be different and physically weak, giving rise to discrimination. Further adding that the entire concept deserves backlash.

With constant condemnation of the policy, critics pose this question - Why can’t employers just offer the flexibility for female employees to take a personal leave listed under the organization’s acceptable reasons?

This requires a certain level of confidence on the side of the employers too. Companies with an accepting work culture look for maintaining gender balance in the workplace. And if a woman is given 10 days leave for periods, employers need to have that trust in them to use the leaves wisely.

In the current times, a growing number of companies and countries are adopting period leave policy in the workplace.

But let’s start from where it all began.

Dating back to the old times of the Soviet Union, menstrual Leave was first introduced in the 1920s for women factory workers. The policy was banned after 5 years after it was found that companies started hiring cheaper and reliable male employees instead.

Recently, when Russian lawmaker asked the Parliament to grant two days paid period leave to women, human rights activists have condemned the proposal. Thus, the law did not see the light of the day yet.

Japan incorporated a menstrual leave policy in 1947, asking organizations to grant 6 days of unpaid leave. This happened after female workers stated that it becomes challenging to focus on work while on the period.

When this law was written, women were entering the workforce in bulk, and there was no proper sanitary facility available. Even in China, the debate over period policy heightened when one province after another started introducing menstrual leave in the workplace.

Walking in the footsteps, Indonesia followed and adopted a paid menstrual leave policy in 1948. Employers offered the first two days of the period as paid leaves to the female employees, making up to 24 days in a year.

But, it is often seen that the Indonesian women themselves are divided over the issue of period leave.

Zambia being next in the line, provided informal menstrual leave in the 1990s and formally in 2015. There, women employees are allowed to take leaves as per their menstrual cycle.

And they do not have to offer any sort of medical justification for the same. And, companies who deny the leaves are entitled to prosecution.

Taiwan has introduced a period leave law in 2013, which states that women can take upto 3 days of menstrual leave in a year in addition to the 30 days half paid sick leave for all employees. However, this act merged period break into the allotted sick leave, making no difference at all. 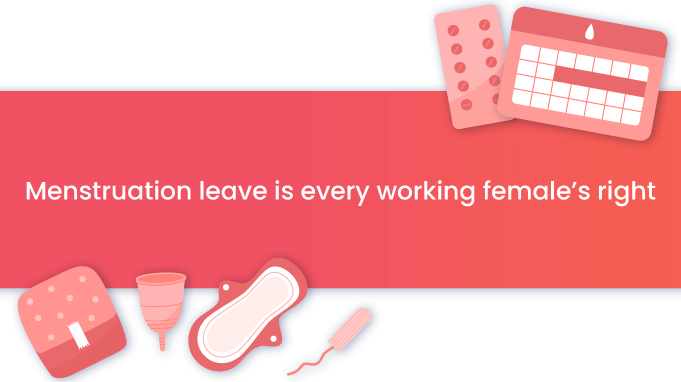 South Korea also adopted the menstrual leave law in 2001. However, one thing about the Asian countries is that their period policies are based on the notion that women not resting during their period would face childbirth complications. This factor is what boosts the concern.

The Italian government also planned on a bill to address the issue in 2017. When the nation considered implementing a nation period policy in March with 3-day off, people wondered whether this would discourage employers from hiring women in the company.

Recently, the concept of menstrual leave came into the limelight with Zomato, a global food delivery company that announced a paid menstrual leave policy for its female employees, who constitute 35% of the workforce.

This has created a stir worldwide where people are divided into two sides- one who considers it progressive and vice versa.

Pros and Cons of a Menstrual Leave

Easily put, it ends up in chaos.

A menstrual leave, in my opinion, can turn to be an efficient step if appropriately implemented—failing which will only give rise to pointless discrimination and misunderstanding in the workplace.

Menstrual Leave as a Solution

As we know, menstrual leave is still taboo, and there is a lot of time before it gains prominence and becomes a mandate in the corporate world. Thus, until that good day arrives when organizations worldwide implement a menstrual leave policy, here are some convenient suggestions workplaces can take for their female employees.

Even though the points mentioned above are basic, it might be difficult to have them all simultaneously. However, some of these can be made available for sure.

Especially, washrooms should be menstruation-friendly with proper hygiene levels and privacy. Provisions should be there for free pads and tampons. Also, it would be great to have a heating pad available for female employees struggling with period cramps.

But the most important part is to have a flexible and gender-based non-discriminatory health policy to safeguard women's rights in the workplace. Besides, period pain should be considered a proper reason for sick leaves.

With companies prioritizing employee health worldwide, the issue of women’s health should not go unnoticed. And, it is important to understand that menstruation is a significant part of health.

But at times, even with good period policies, women are not comfortable confiding in their bosses about their menstrual cycle. They often choose to forego the menstrual leave. Especially because of the general stigma associated with menstruation.

So how do you want to make it work? Drop your suggestions below. 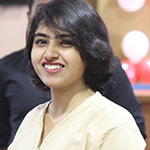 This article is written by Dipshi Bhattacharjee. Besides working as a Content Writer at Vantage Circle, she is an animal lover with a huge fascination for Cinema, Television & Foreign languages. For any related queries, contact editor@vantagecircle.com